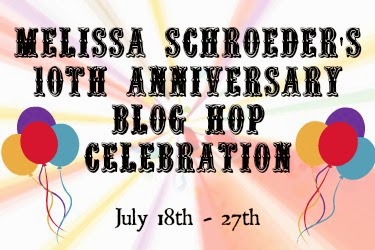 Welcome to Melissa Schroeder's blog hop celebrating the tenth anniversary of her Harmless series. I'm honored to be included and hope you'll take some time to check out my latest book and Mel's Harmless series along with all her other hot romances.


The clock’s ticking down, and the hearts of Estelle Harris and Lumberjacks quarterback Brett Gunnels are about to enter crunch time.


Supposedly undersized for the NFL, quarterback Brett Gunnels went off to do a stint in the U.S. Army right out of high school. Returning damaged yet stronger—and more determined than ever to prove himself—he was the last pick in the draft. Mr. Irrelevant, they called him. But he’s a starter and a winner, no matter his past few years as a backup. Now he’s going to prove it.

Estelle Harris is engaged to a man she doesn’t love, working in the wrong job, and fooling everyone including herself in the process. Her love of animals is the only thing that gives her purpose. As she shares that love with the Lumberjacks’ reclusive quarterback, and much, much more, it’s only a matter of time until their friendship turns that final, hot, dark and forbidden corner. There’ll be no going back. True love is like football. It’s not always how long you have the ball. It’s what you do when you get it.
Available Now at:
Smashwords:  https://www.smashwords.com/books/view/453500
All Romance Ebooks: https://www.allromanceebooks.com/product-timeofpossession-1559680-149.html
Amazon: http://amzn.com/B00LEZ9E4I
Barnes and Noble: http://www.barnesandnoble.com/w/books/1119899280?ean=2940046049022&itm=1&usri=time+of+possession
iBookstore:  https://itunes.apple.com/us/book/time-of-possession/id895273994?mt=11
﻿ 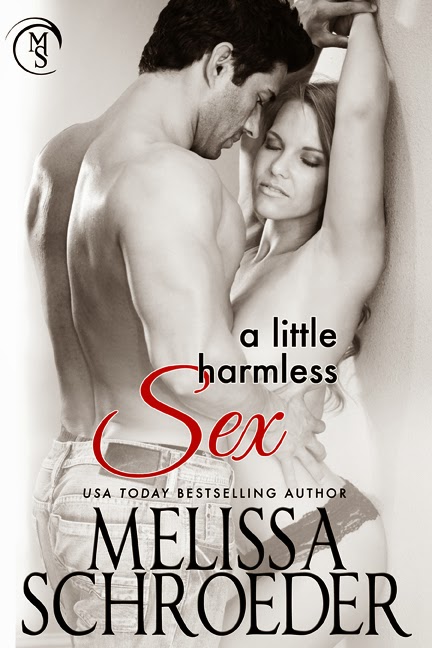 http://melissaschroeder.net/books/harmless/sex.php
Is it love, or just a little harmless sex?

Until Max’s cold fiance dumps him, Anna unloads another of her many conquests and she invites him over for margaritas and Mexican food. Too much tequila, too much flirting, and too many years of fighting the attraction — Max loses control and has mind-blowing sex with Anna on her couch. And in her shower. And in her bed. When the sun rises the next morning, both of them must face that their night together is just the first of many.

For Max, he knows he wants Anna forever, but convincing a commitment-phobe like Anna is no easy task. For Anna, she can’t believe she has finally slipped beneath Max’s steely self-control. He is every woman’s dark, wet fantasy come true.


But what happens when Max pushes Anna for more than just A Little Harmless Sex?